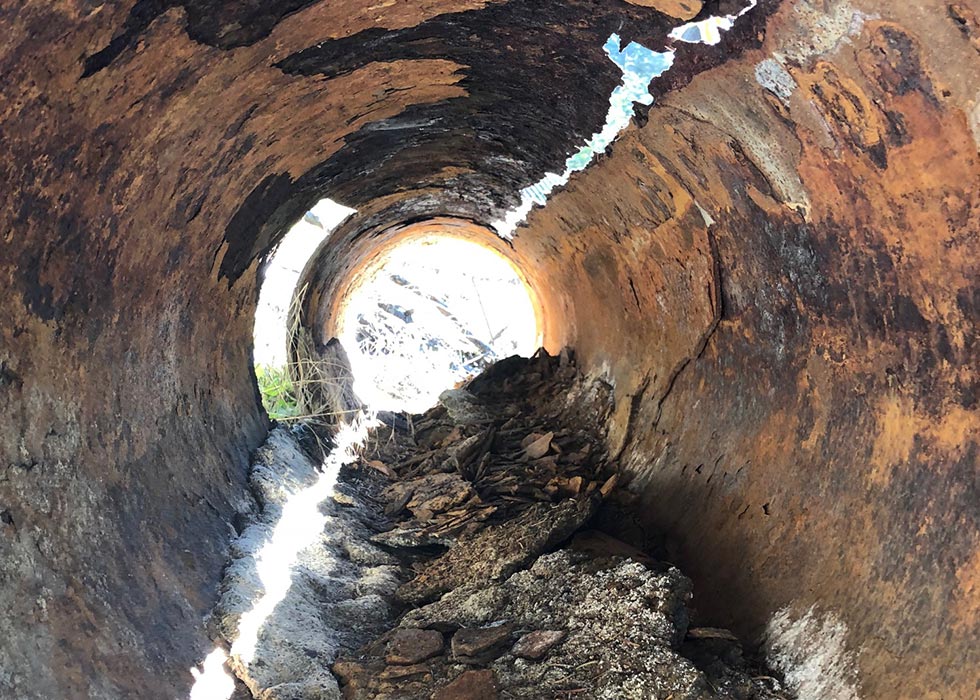 Kitsap County Sewer Utility’s northern service area is a six-mile network of piping and pumping facilities, which conveys sewage to the Central Kitsap Treatment Plant (CKTP). The existing 18- to 24-inch diameter ductile iron pipe is approximately 40 years old and has a history of corrosion issues, including pipe failure. Flows are collected at Bangor Naval Base (Bangor) and then pumped approximately four miles to Pump Station #24. From there, additional flow is added to the system from the City of Poulsbo, Bangor, and Keyport residential area, and then pumped an additional mile and a half to the CKTP. The County’s project focused on this six-mile-long section between Bangor and the CKTP and included four pump stations, individual pump stations, and numerous air/vac stations.

Consor was hired to review the existing system, focusing on the corrosion of the pipeline and appurtenances for this section of the County sewer system. The team developed a physical and vapor testing plan, testing different locations along the piping alignment and providing recommendations for immediate rehabilitation/replacement of significantly deteriorated pipe. A failure was found on the first day of physical testing that was quickly repaired by the County. Following the discovery, the County decided to discontinue physical testing and move forward with final design for replacement of the force main from Pump Station #17 to the CKTP. 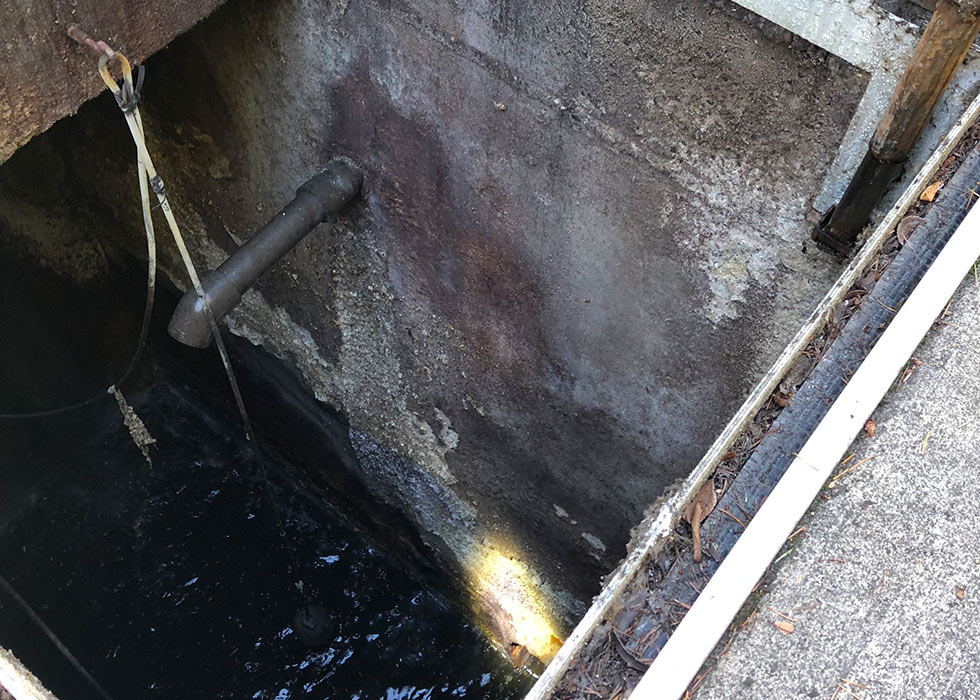 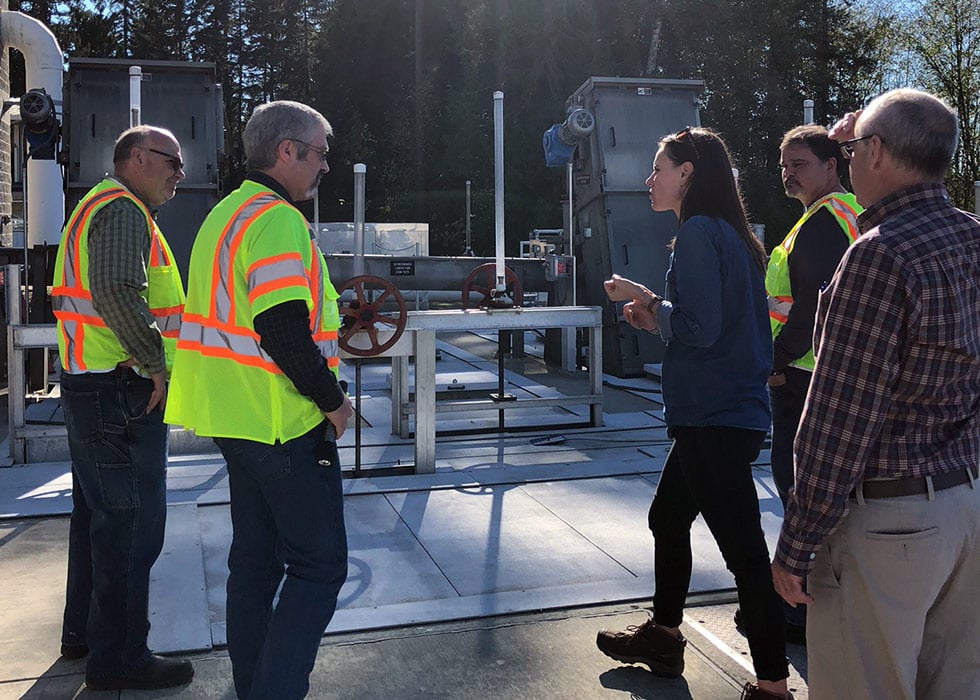 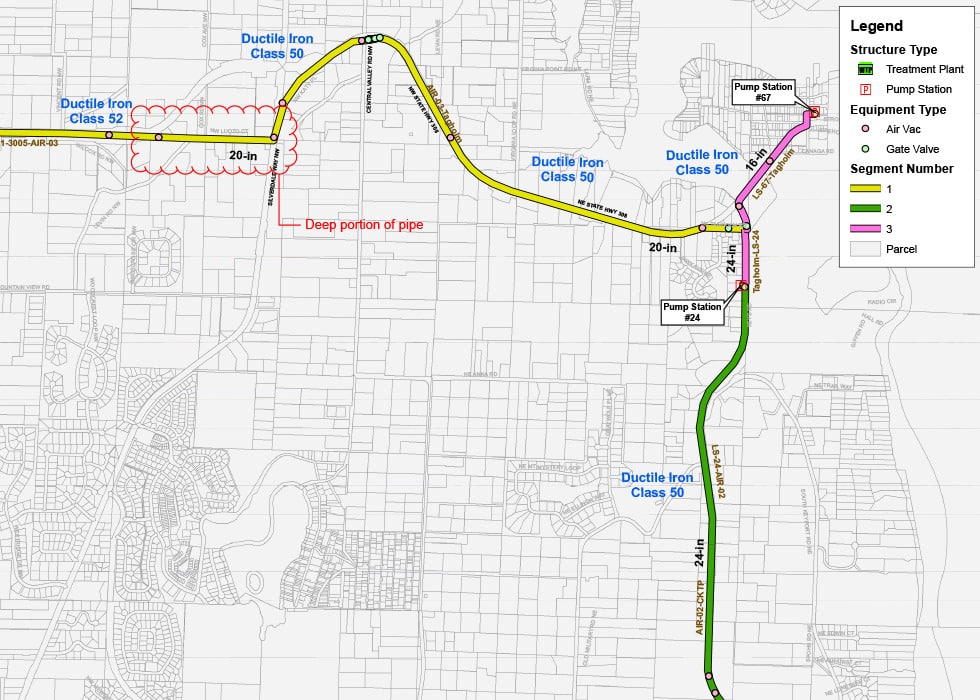